This serie of articles, called “NEW @ The Paddle Sports Show 2022” showcases the products that are competing for the « PADDLE SPORTS PRODUCTS OF THE YEAR AWARDS »

“In the late 70’s Jon Lugbill changed the way C1’s were paddled, he and his friends had to change the boats to keep up. Now over 40 years later, he’s changing the boats again.” – Larry Norman

It’s been 20 years since a purpose built C1 was made in plastic. It’s such a rare event, that we really wanted to make sure that we did this right, and so we brought some of the greats into the design process, including Olympian and twelve time world champion Jon Lugbill, 2x Olympian Larry Norman, Canadian C1 champion and designer Ian Thomson and world C1 freestyle silver medalist Marc Godbout, among others.

With such a talent pool, including Corran’s own experience as a C1 paddler and designer, we were sure that we’d be able to create something truly magic.

“This boat is really fast for its length,” said Jon in testing. “It’s easy to paddle down steep stuff, but still feels like slalom boat performance”.

Indeed this was the goal. A modern take on slalom type performance, mixed with the fun and ease of a playful half-slice.

“As a freestyle paddler I pushed hard for something that would carve and play,” Ian Thomson has been eager to say.  “And that’s exactly what I got!”

And yes, it does play. In fact it’s hard to believe that the Fanatix is a hard core river runner, given how amazingly fun it is to just paddle on any kind of water.

Larry Norman’s design influence was very clear from the beginning. “A C1 turns differently than a K1: you need to be able to lift the bow with a draw or a crossbow. This is a limitation of virtually all C1 “conversions”. If you want the boat to paddle like a C1, you need to design it as a C1.”

for more info about soulwaterman 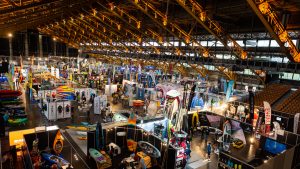 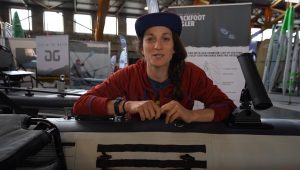